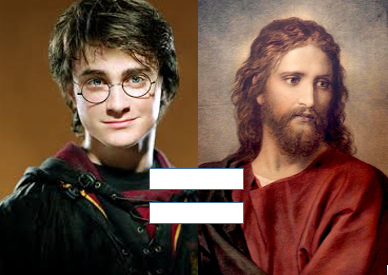 Yesterday, the day of Jesus’s birth, I realised one of the most explicit, yet wholly unnoticed, parallels of all time.

Harry Potter and Jesus: A Comparison